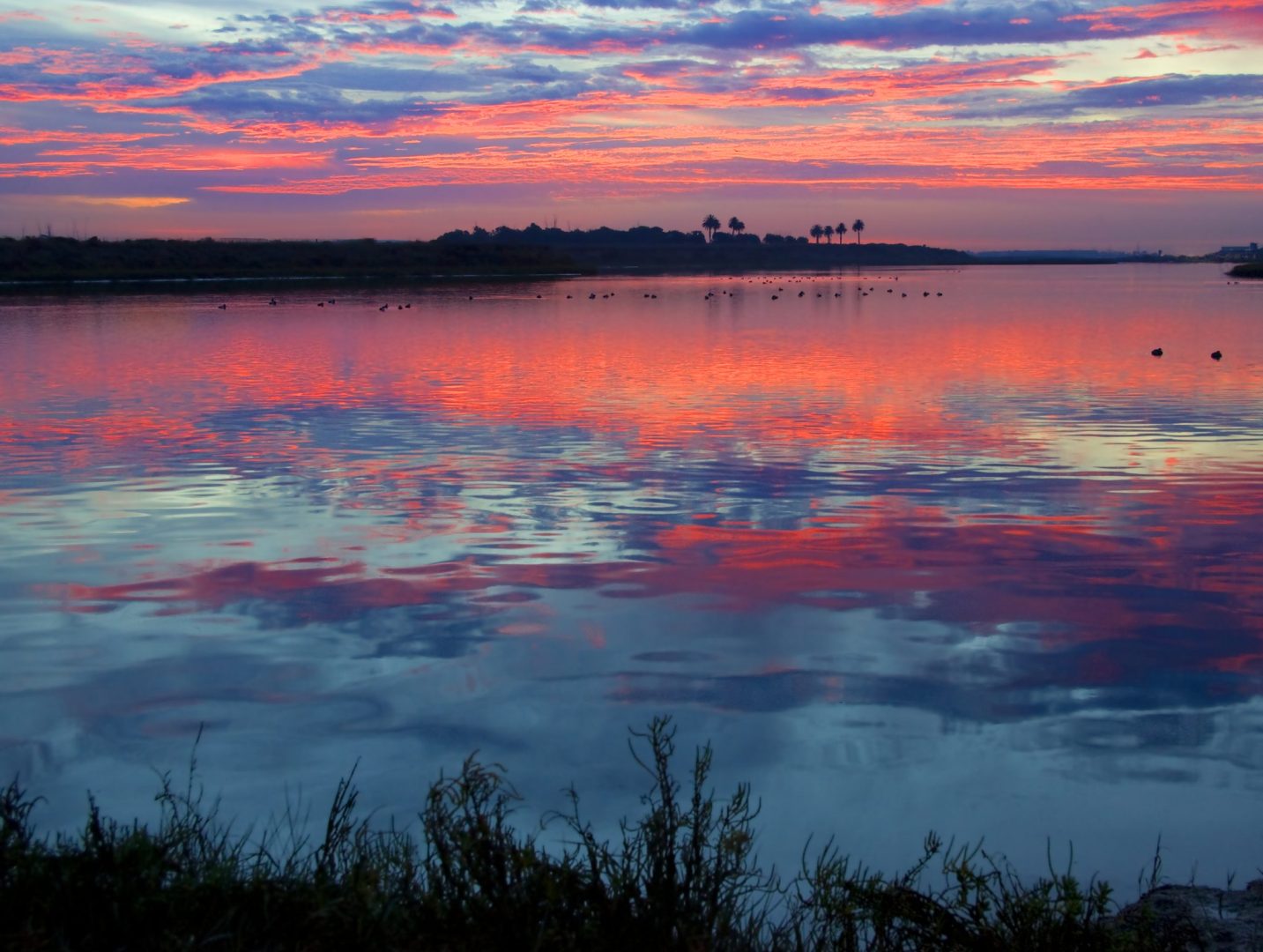 The Bolsa Chica Wetlands are remnants of a once-extensive marshland. The freshwater of Freeman Creek, a tributary of the Santa Ana River, flowed into the marshes, meeting water from the Pacific Ocean, and creating a brackish environment. The swampland supported dense vegetation, including tulles, arroyo, willows and thickets, as well as diverse wildlife, such as grizzly bears, bobcats, mule deer and antelope!